Members of Pembvironment, the college's environmental society, led an initiative to promote environmental sustainability projects with the Ramallah Friends School in Palestine. 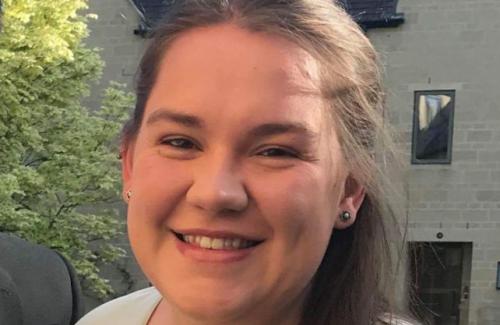 Imogen has developed an interest in education policy, particularly around the attainment gap affecting children from disadvantaged backgrounds, and how to address these barriers in their school lives and beyond.

It is with great sadness that the College marks the death of Dr Rachel Owen, who was a Retained Lecturer in Italian here at Pembroke.

Dr Owen was an internationally renowned artist – mixing photography and printmaking – and at the same time a scholar in medieval Italian literature. As Retained Lecturer, she used to teach Dante’s Divine Comedy to Pembroke’s finalists in Italian.

Dr Owen’s parallel passion for art and literature was already established in her university years at Exeter, where she studied Italian and Fine Art. She then moved to Royal Holloway, London, where she completed a PhD on the illustrations of the early manuscripts of Dante’s Divine Comedy.

Each year, her Pembroke students enjoyed the pleasure and the privilege of a guided tour through the manuscripts of the Divine Comedy held at the Bodleian Library.

Despite her declining health from cancer in the last year, she asked to continue to teach, which she did right until the end of last Michaelmas term. She was 48 years old and leaves behind a son, Noah, and a daughter, Agnes, aged 15 and 12.

One of her latest artistic productions was a series of prints inspired by the Cantos of Dante’s first book of the Divine Comedy. The prints will be exhibited at Pembroke’s JCR Art Gallery during Trinity term.