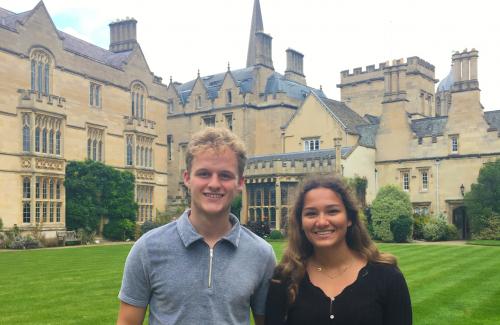 Congratulations to our Catering Team, who were nominated for the nationwide miaList Team Award in recognition of their outstanding work to provide meals to homeless people in the local community during the Spring national lockdown.

The project began in late March 2020, almost immediately after the implementation of the first national lockdown. After being extended several times to last throughout the summer, the Catering Team eventually provided over 50,000 meals for the homeless.

Although the team didn’t eventually win the miaList Team Award, everybody at Pembroke is immensely proud of the work that the team put in to help people in the local community during a very difficult time for everyone.

Our Catering Team’s nomination video, which outlines how the team approached the project and features several other milestones that have been achieved in recent times, can be found on YouTube.